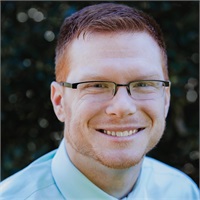 Tim joined the Cornerstone team in February of 2018 in our client service department. He graduated from Liberty University with B.S. degrees in Finance and Financial Planning with a minor in Accounting. Although originally a Greenville, North Carolina native, Tim spent several years in Roanoke, Virginia with his wife after college. Tim has been in the financial planning industry for three years and has gained experience in all areas of the financial planning process.

Tim and his wife, Kayleigh, were married in 2015 and have two dogs. Prior to moving to Raleigh in February of 2018, both Tim and Kayleigh were active members of North Roanoke Baptist Church where they served in various capacities. Tim enjoys spending time with his wife and dogs, trying new food, watching sports, and spending time with friends.