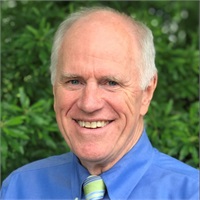 Floyd founded Cornerstone in 1986. He graduated from North Carolina State University with a B.S. in Applied Mathematics. He holds graduate degrees from Wheaton College (M.A.) and Dallas Theological Seminary (Th.M.). He and his wife, Diana, met at NC State and were married in 1971. They have six children and eight grandchildren. Retiring from Cornerstone in 2019 has allowed Floyd to spend more time with Diana and their children and grandchildren. He is an avid reader and a passionate NC State Wolfpack fan.