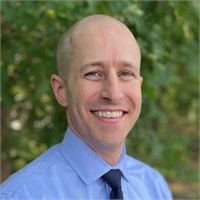 Jonathan joined the Cornerstone team in September of 2014 as a part of our client service department and now serves as one of our advisors. He graduated from Southeastern Oklahoma State University with a B.S. in Aviation and has worked as a flight instructor, corporate pilot, and aircraft dispatcher.

Jonathan is originally from Dallas, Texas, but he and his wife, Ashley, moved to North Carolina in 2006 to be a part of a church plant. They have been married since 2003. Jonathan earned his Master of Biblical Counseling degree at Southeastern Baptist Theological Seminary in 2018, and Ashley is the COO and part owner of DiamondFit Performance and DFX CrossFit. They worship at Southbridge Fellowship and love to spend time together and with friends and family.